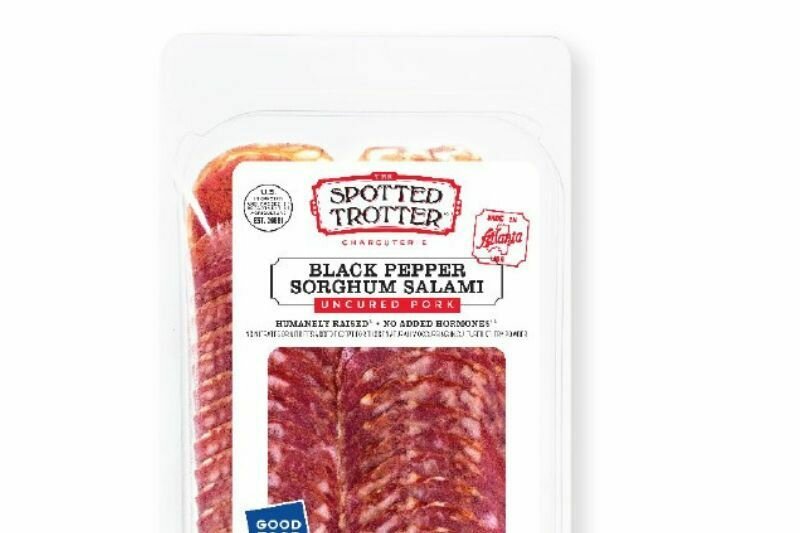 Sliced penny-thick.
About the Producer
Kevin Ouzts is the Executive Charcutier and owner of The Spotted Trotter, which
he opened in June 2009 after an inspirational education at The Fatted Calf and The French Laundry in Northern California.  A graduate of Le Cordon Bleu and former sous chef under James Beard Award Winning Chef Linton Hopkins at Restaurant Eugene, Chef Ouzts describes The Spotted Trotter as a "labor of love" concentrating on “Making Good Food The Right Way" by prioritizing the use of humanely-sourced proteins and sustainable ingredients from in and around the Southeast. All their products are crafted with care under the mantra of focusing on the "details" in good meat, and making it the right way. Explore >
Ingredients
Pork, beef, spices, salt, dextrose, sodium nitrate, maturation starter culture
Storage
Keep Refridgerated
How To Prepare
Has a developed flavor that pairs beautifully with cheeses of all types and consistency, eats well with all Big Red and Bourbon Cocktails.
More products from The Spotted Trotter 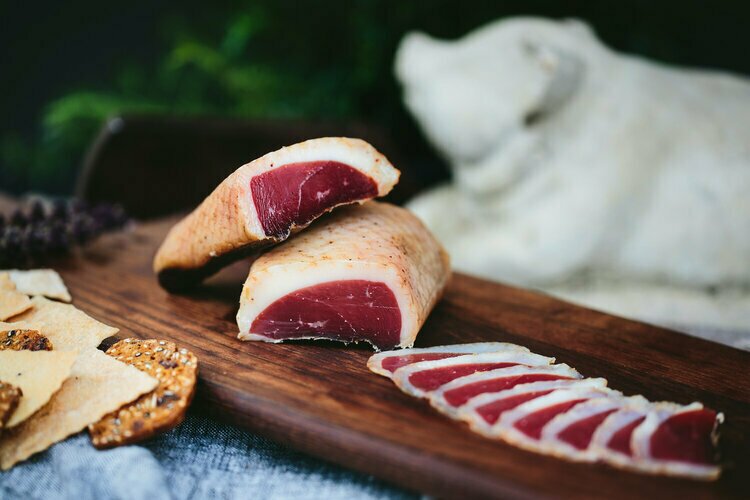